Another day, another NPR story, another reason for me to write.

I missed this story about the SAT and ACT college entrance tests the morning it aired, but I caught a link via Twitter and then thought about the subject for quite a while after reading it. Mainly, my thoughts centered about the thoughts, “I didn’t take either the ACT or SAT, yet I made it through college, and now I’m a teacher. I think I ended up just fine.”

First, I love that the high school student quoted in the NPR story has the same idea about the SAT that I did as a high school senior: “[The tests are] not exactly a fair way to show our skills…I wish they could find some way to really show what we can do.” More on the topic of the collective unconscious of 17-year-olds later, but those were—and still are—my thoughts exactly. I refused to take the test because I thought it pitted me unfairly against my peers, and filling in bubbles was not a true measure of what I could—and can—do as a thinker.

The author of the study (“Defining Promise: Optional Standardized Testing Policies in American College and University Admissions“), William Hiss, seems to agree: “Human intelligence is so multifaceted, so complex, so varied, that no standardized testing system can be expected to capture it.” Immediately I think of the different types of learners: kinesthetic, visual, auditory, verbal, interpersonal, and intrapersonal. I’d love to see a standardized test for a kinesthetic learner; the first thing that comes to mind is Katniss showing her archery skills to the rather shocked audience during the skill display at the first Hunger Games. Of course my brain would go there.

Additionally, what I love is that he found that there was “virtually no difference in grades and graduation rates between test ‘submitters’ and ‘nonsubmitters,” and there was only a .05 percent different in GPA between the two groups. The other major result of the study—though not so major in my mind because I see this every day, week, month, year as a teacher: “High school grades matter—a lot.” Well, of course they do. Because they are more longitudinal and true markers than “what [students] do in three or four hours on a particular Saturday morning in a testing room.” Or, many Saturdays, since I know many students of mine take the ACT repeatedly in an attempt to raise their score.

The one nugget of information that made me raise my eyebrows was the origin of the test, something I’d never known before: The SAT was originally an IQ test for the Army that Ivy League schools decided to use as a test of “scholarship.” Of course now we know that IQ tests, on the whole, aren’t necessarily the best indicators of intelligence, because there are multiple intelligences, many of which match up with the learning styles. 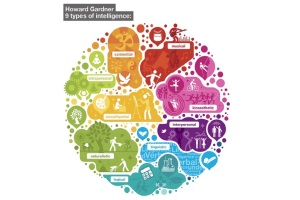 While the Ivies used the test in an attempt to find and admit “diamond in the rough” students, the tests have now, in some cases, become more prohibitive than inclusive.

The College Board, administrators of the SAT, and Wayne Camara, the senior vice president of ACT research posit that the information should be “put into context,” and that “tests are also important to ensure that grade inflation is held at bay.”

Yes, I understand grade inflation happens. Maybe not in my classroom, but I know of teachers who have been pressured to “pass” students even when they are nowhere close to possessing the skills needed to start 11th or 12th grade, let alone pass or graduate. To be fair, though, most of those students are not the students taking honors classes, or AP or IB classes, or working so hard to raise their scores. That, though, is another conversation for another day and time.

What the real purpose of education is not: to produce harried, crazed students so worried about achieving a certain score on a test because they think, somehow, that is the ultimate determinant of who they are students, people, and future college students. In my years teaching, I’ve known ONE brilliant student who scored a 36 on the ACT, and many brilliant students who scored 18.

And after all, if, as the study found, “the ‘test-optional’ kids, it seems, are more than all right; this study shows that they’re thriving,” why should we continue to focus on the college-entrance testing culture?

I’ll close with a hat-tip to Albert Einstein: