From the bestselling author of The Barkeep comes a raucous tale of reckoning, racketeering, and revenge.

J.D. Scrbacek has just won the biggest trial of his career, but even as he crows to the

press, his entire life blows sky-high. Was the bomb meant for him, or for his mobster client? In this seaside casino town where the tables run hot and the tensions run high, the odds say the attorney is a marked man.

Alone and on the run, Scrbacek flees into the city’s forgotten underbelly, a ruined corridor called Crapstown, where he is forced to confront the ghosts of his past, his present, and his future. Somewhere in the sordid stream of his own existence lie the answers he needs. But in order to emerge from the depths of Crapstown, Scrbacek must argue for his life before a jury of the forgotten and the damned. Is he lawyer enough to save his own skin?

William Lashner is the New York Times Bestselling creator of Victor Carl, who has been 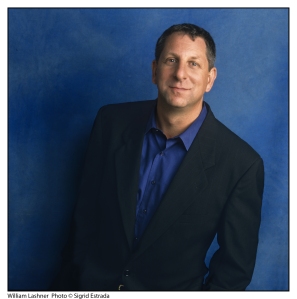 called by Booklist one of the mystery novel’s “most compelling, most morally ambiguous characters.” The Victor Carl novels, which have been translated into more than a dozen foreign languages and have been sold all across the globe, include BAGMEN, KILLER’S KISS, FALLS THE SHADOW, FATAL FLAW, and HOSTILE WITNESS. He is also the author of BLOOD AND BONE, THE ACCOUNTING, and, most recently, THE BARKEEP, which was a Digital Book World Number One Bestselling Ebook.

Lashner was a criminal prosecutor with the Department of Justice in Washington D.C. before quitting the law to write fulltime. A graduate of the New York University School of Law, as well as the Iowa Writers’ Workshop, he lives with his wife and three children outside Philadelphia.

On his rush out of the courtroom in search of the nearest camera, Scrbacek ran smack into Thomas Surwin. The prosecutor’s expression was understandably darker and more pinched than usual.

“I hope you’re proud of your fine work in there,” said Surwin.

“Take my advice, Scrbacek, and watch your ass.”

The lovely glow of Casinoland was just infiltrating the darkening sky to the east when J.D. Scrbacek stood on the courthouse steps with the cameras on and the heavy white lights picking up his rugged features. His tie was tight; the collar of his raincoat was turned rakishly up. His intern had already been dispatched to drive the Explorer from the parking lot behind the courthouse to the front steps, so as to provide the cameras a view of Scrbacek’s dramatic exit with his client. All was as it should have been, except that his client wasn’t by his side. Surwin had unexpectedly kept Caleb Breest locked up one more night, pending a probation revocation hearing scheduled for the next morning. But still the scene was as near-perfect as Scrbacek could have wished when he began to crow to the crowd of reporters.

“The Jury’s verdict wasn’t just a victory for Mr. Breest, it was a victory for all of us. This was a case without motive or evidence, a case that should never have been brought, a case hatched in the mind of First Assistant County Prosecutor Thomas Sour-Wine simply because he doesn’t like my client. Well, I’m not sure I like my client either, but if that’s enough to put a man in jail and kill him dead, then we all have much to fear.”

He gave good press, Scrbacek, especially on the courthouse steps after a high-profile win.

“Now that Mr. Breest has been found innocent of Mr. Malloy’s murder, I hope the police redouble their efforts to find exactly who committed this horrible crime. My sympathies and the sympathies of Mr. Breest remain, as they have all through this ordeal, with the Malloy family. Nothing that happened in this courtroom can disguise the fact that a man is dead and his murderer still at large. There might be celebrating tonight by Mr. Breest’s friends and associates, there might be fireworks in the night sky over this fine city, but our thoughts will be with the brave—”

A loud pop, followed by a deafening explosion from behind the courthouse.

The crowd ducked. Some reporters dived to the ground, others threw their arms over their heads as if mortars were incoming. Scrbacek alone remained standing tall, his anger rising at the goons who had started the celebration before he had finished his speechifying. He raised his voice and began again.

“As I was saying, there may be fireworks in the night sky over this fine city, but our…”

It was no good. The cameras were off him now. The reporters were running in a pack down the steps, circling the building. TV crews lugged their equipment, straining to keep up. There were calls, yelps, and poundings of hard-soled shoes on cement.

“What I’m trying to say,” Scrbacek shouted to the retreating backs of the media, “what is important to remember…” But no one anymore was listening.

Standing alone on the steps of the courthouse, Scrbacek cocked his head at the commotion before following the mob down the steps. People were now running away from the explosion, running madly, with terror etched on their faces, as they passed the reporters. The two groups were shouting back and forth, the reporters heading to the rear of the courthouse and the sane civilians running away.