I am so happy to be a part of the blog tour for Nic Stone’s DEAR MARTIN, and to bring you a guest post from the author! See below for information about the book and author, the giveaway, and, of course, the guest post!

Justyce McAllister is top of his class, captain of the debate team, and set for the Ivy League next year—but none of that matters to the police officer who just put him in handcuffs. He is eventually released without charges (or an apology), but the incident has

Justyce spooked. Despite leaving his rough neighborhood, he can’t seem to escape the scorn of his former peers or the attitude of his prep school classmates. The only exception: Sarah Jane, Justyce’s gorgeous—and white—debate partner he wishes he didn’t have a thing for.

Struggling to cope with it all, Justyce starts a journal to Dr. Martin Luther King Jr. But do Dr. King’s teachings hold up in the modern world? Justyce isn’t so sure.

Then comes the day Justyce goes driving with his best friend, Manny, windows rolled down, music turned up. Way up. Much to the fury of the white off-duty cop beside them. Words fly. Shots are fired. And Justyce and Manny get caught in the crosshairs. In the media fallout, it’s Justyce who is under attack. The truth of what happened that night—some would kill to know. Justyce is dying to forget. 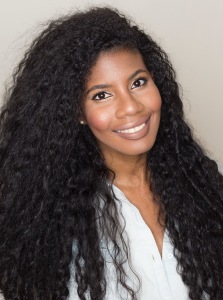 Nic Stone was born and raised in a suburb of Atlanta, GA, and the only thing she loves more than an adventure is a good story about one. After graduating from SpelmanCollege, she worked extensively in teen mentoring and lived in Israel for a few years before returning to the US to write full-time. Growing up with a wide range of cultures, religions, and backgrounds, Stone strives to bring these diverse voices and stories to her work.

You can find her goofing off and/or fangirling over her husband and sons on most social media platforms as @getnicced.

3 winners will receive a finished copy of DEAR MARTIN, US Only.

How do you think it brings the work of MLK forward to how much we still need it today?

So something interesting: I originally wrote this book because I got frustrated with seeing various prominent social figures (Bill O’Reilly and Mike Huckabee come to mind) insisting that Dr. King would be opposed to exactly the type of protest movements and marches he organized AND participated in to bring about change during the American Civil Rights movement of the mid-20th century.

That was almost three years ago.

Now, new forms of nonviolent protest have begun to spring up all over the nation. Professional sports players are taking a knee during the national anthem, and that form of protest has begun to trickle down into both college and high school athletics. I even had a friend tell me today that a young man she knows refuses to stand during the pledge of allegiance in his classroom. The 50th anniversary of Dr. King’s assassination is upon us, and it’s my personal opinion that his teachings and philosophies are more important now than they have been since his death. Nonviolent protest is a powerful tool in bringing about social change, and I couldn’t be more thrilled to see Dr. King’s methods being employed to fight injustice just as they were half a century ago.